At events around the country, people were encouraged to eat an icecream with a red AIDS ribbon on to show their support for the cause, as well as taking a photo of themselves in the act.

The next step was for people to then submit their photos to #FreezeAIDS using channels; SMS, twitter and online. These tools created a real-time digital photo wall that was accessible online and was displayed at the events.

Everyone uploading their photo got a link to make an instant donation to Chasing Zero – and over 20% of people did just that. All donations were captured within the charity’s activity stream on Givey meaning photos and stories can now be uploaded and shared out to facebook to raise even greater awareness and create more support for next year. 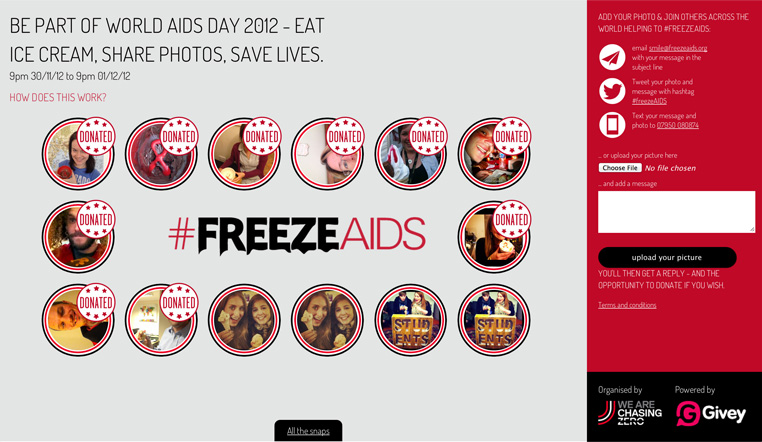 All donations were processed via Givey meaning everyone who gave also created their own personal Givey account – to keep an ongoing record of all future donations to Chasing Zero or their other favourite charities.

For more information about how to use Givey to innovate your digital fundraising, please contact support@givey.com.